From the Back Office, add every required user group for the various roles at your establishment. For instance, you can create user groups such as Manager, Server, Bartender, Busser, Chef, Cook, and Dishwasher. By creating a user group and defining permissions for that role, you can then sort individual users into groups so that their designated permissions are automatically configured with the group’s.

If you ever need to make changes on the POS user group’s name, edit the user groups. For more information on editing POS user roles, see adding user group roles.

Adding a POS user group allows you to define the name of the group. After adding POS user groups you can make further adjustments, such as adding user group roles, defining discounts used in this group and tip and money counting settings. 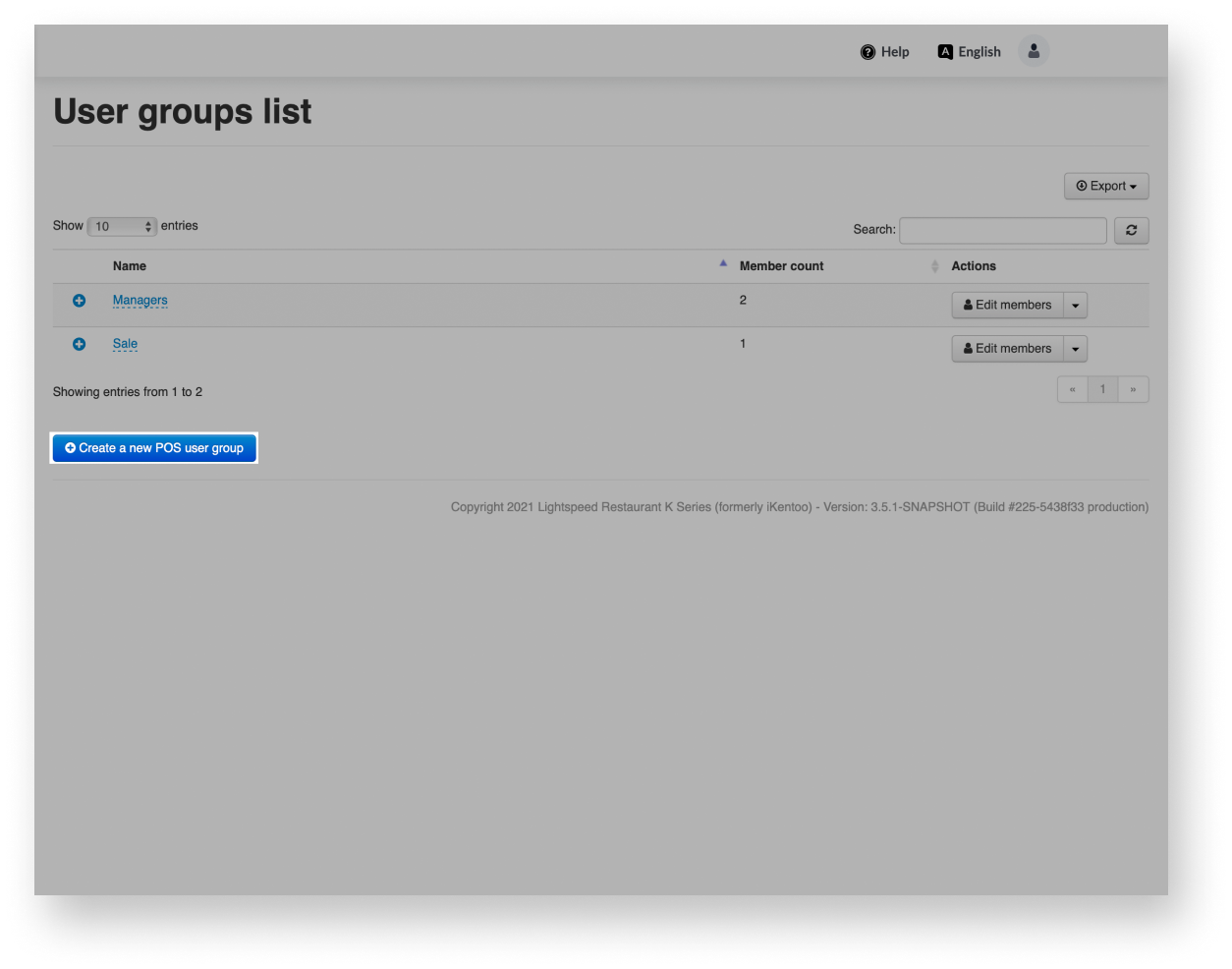 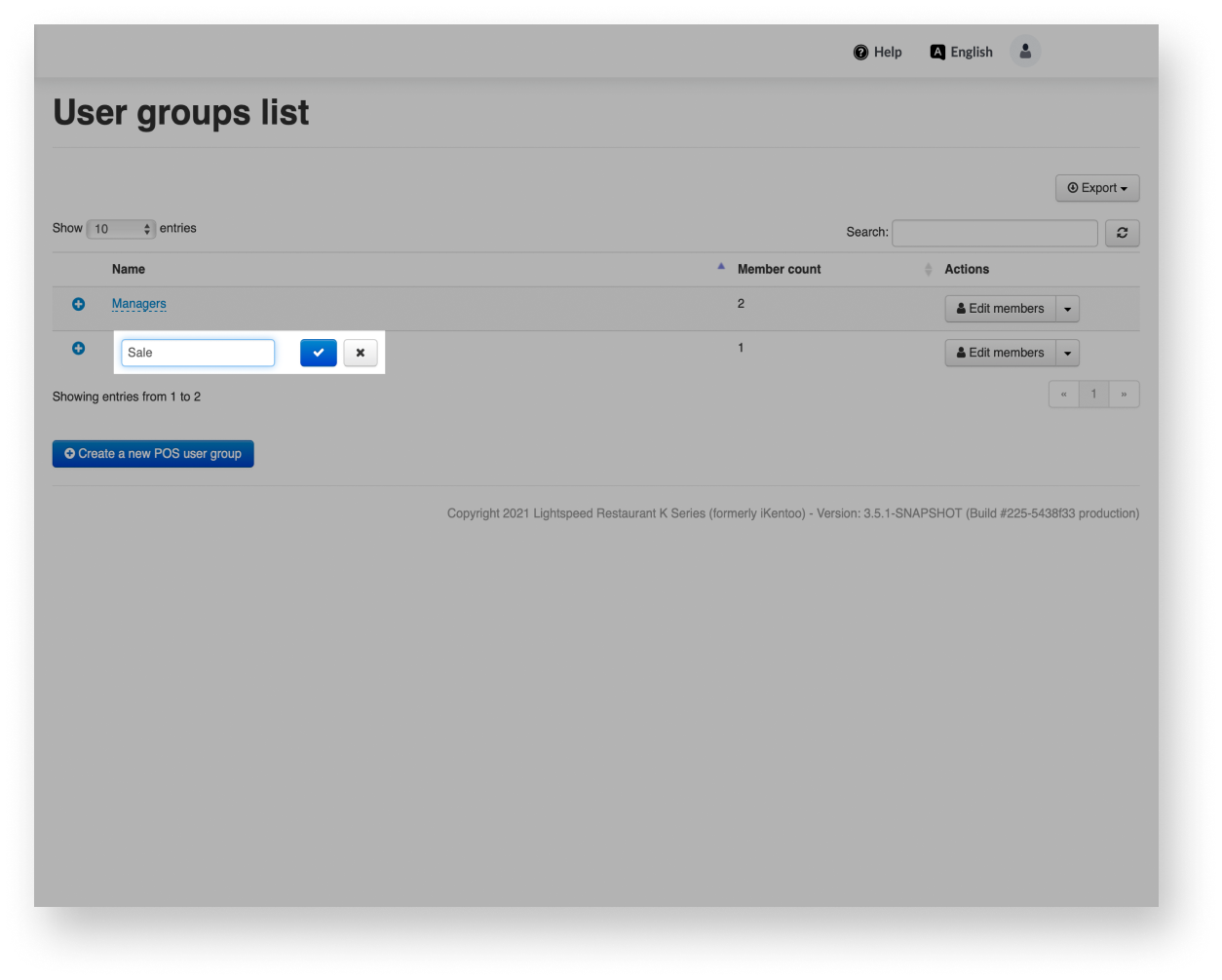