Hi. How can we help?

From the Back Office user groups page, you can add and edit user groups. You can assign group roles to groups and assign POS users to groups. User groups allow you to quickly sort your employees’ varying levels of access within the POS. The user groups are only used for POS users.

User groups also save time. Instead of manually adjusting permissions for each user, you can simply assign a user group and its associated permissions, such as “manager” or “bartender.” 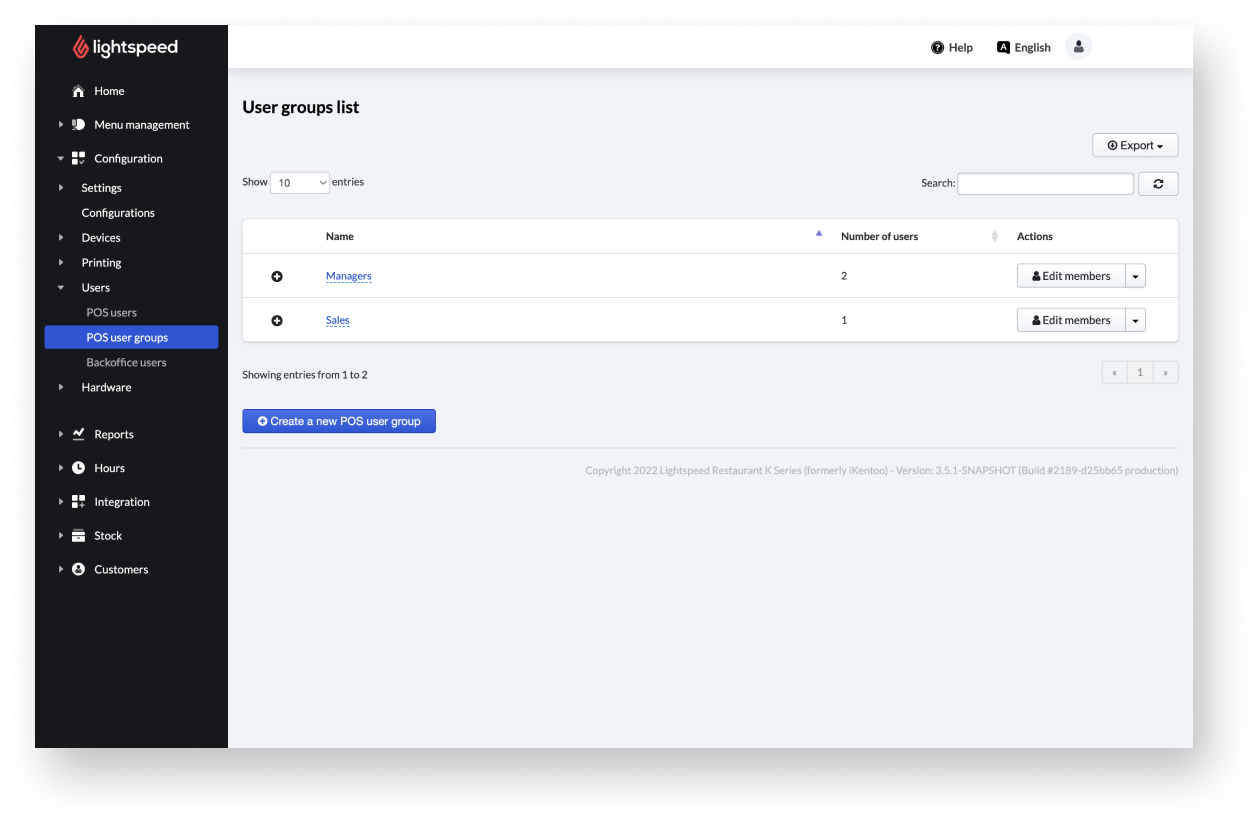 Create every user group that is needed to sort all your users accessing the POS into groups.

Was this article helpful?

0 out of 0 found this helpful